Although we’re not quite sure what “CFC” stands for, we know that the “Lite” part of the “CFC Lite” is completely accurate when describing the CFC Lite vaporizer. This compact, portable vaporizer was created by Boundless and meets the higher standards this brand is known for. It’s a dry herb vaporizer that is approachable for new users, and won’t break the bank either.

Boundless Technology focuses on creating efficient and elevated vaporizers. They might be best known for the budget-friendly Terp Pen, but the CFC Lite is soon to become the well-talked-about dry herb alternative. Their entire line of vaporizers for both flower and concentrates is extremely affordable, Boundless doesn’t cut corners to make it happen. Instead, they focus on making their devices portable, subtle, and effective. 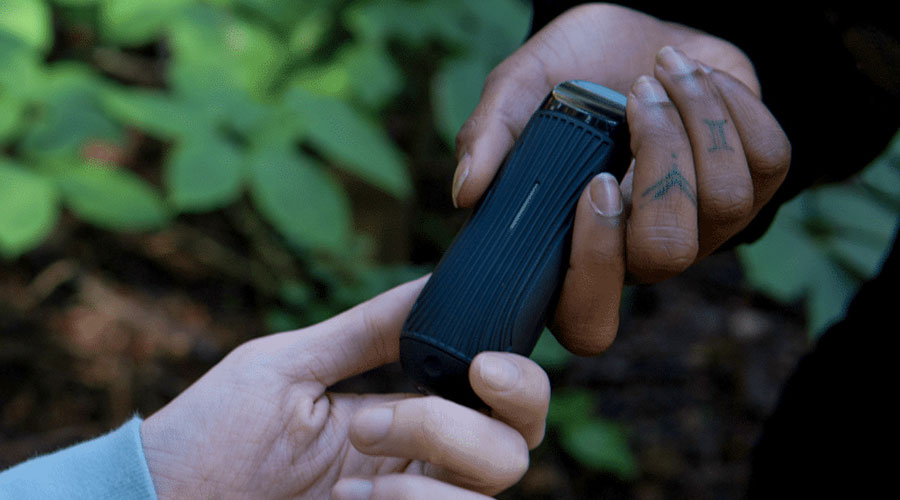 When it comes to the CFC Lite, Boundless focused on making this vaporizer especially portable and affordable. It comes at a price of $65, which is well below dry herb vaporizers’ usual price points. In comparison, the PAX 3 dual-use vaporizer is a similar size and handles flower especially well, but comes at a starting price of $200. The rest of Boundless Technology’s dry herb vaporizers range anywhere from $90 to $200, making the CFC Lite the most affordable of the bunch. It still holds the same power and efficiency as the larger vaporizers but is compacted to a more convenient size.

The CFC Lite uses conduction heating and a ceramic herb chamber to heat your flower to one of three preset temperatures. However, if you’re new to vaping, those words will mean little to nothing to you. But the brilliant part of the CFC Lite vaporizer is that you don’t have to understand because it is so easy to use. All you have to do is thoroughly grind up your flower of choice, and place it in the ceramic bowl of the CFC Lite.  This vaporizer can even stand up on its own while you load the bowl, which is a nice feature that you’ll find is standard on larger portable vaporizers. Then it takes just one button to operate the device. You push the button five times to turn the CFC Lite on, once to check that battery level, and hold for three seconds to change the temperature setting. When this vaporizer reaches temperature, the light indicator will turn solid and the entire device will vibrate to let you know it’s ready to hit.

You have three different temperature settings to choose from with the CFC Lite vaporizer. These pre-set temperatures are associated with a certain colored light, and include:

Although some experienced vapers might want to see more of a temperature range, these three preset temperatures offer new users a good place to get started. These temperature settings are also enough to achieve some impressive clouds too. No matter how you pack the bowl, the CFC Lite will accommodate both short puffs and long draws, offering decent flavor to go along with it. The mouthpiece is easy to inhale from and can be detached from the device as needed for cleaning. And all of these easy-to-use features are packed into a palm-sized casing.

The most talked-about feature of the CFC Lite vaporizer is its compact size, especially because it is the smallest dry herb vaporizer that Boundless makes. The entire vaporizer weighs just 0.4 pounds, is under four inches tall, and slightly over an inch around. This means the device will fit in the palm of your hand or pocket and makes it easy to conceal for a discrete session. However, those mighty four inches enclose a full-size oven chamber that can hold up to 0.4 grams of ground herb.  The casing is especially resilient plastic with ridges designed to disperse heat and make it comfortable to hold.  The entire device is made with medical and food-grade materials and designed to be easily gripped in one hand. 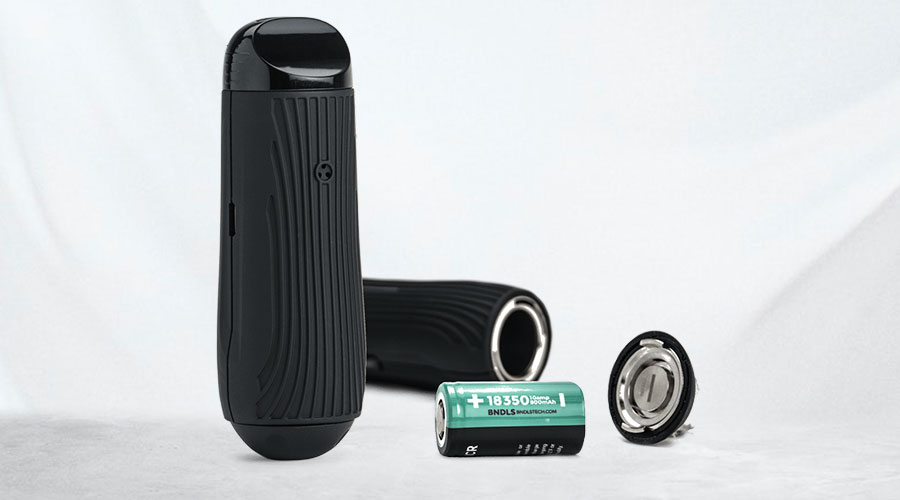 Part of what makes the CFC Lite so compact is the fact that it runs off a 18350 removable and rechargeable battery. In comparison to the standard 18650 battery you’ll find in larger vaporizers, the 18350 is much more compact. It might be useful to grab a few extra batteries to go with your CFC Lite though since they can be charged both internally and with an external charger. It takes about an hour for the battery to charge internally and half an hour for it to charge on an external charger. A fully charged battery can host about four sessions on average, depending on the temperature you have the vaporizer set to. This device does not have pass-through charging so having a spare battery on hand can be helpful if you plan on taking this vaporizer with you everywhere you go. That’s the only additional part you’ll need though since everything else you need to get started is included in the box.

A three-year manufacturer warranty is also included with every CFC Lite, as well as a 90-day warranty on the rechargeable battery. This device only comes in black, but that is nothing to complain about since the color lends to the discreet nature of the vaporizer. It’s also important to note that the outside case of this vaporizer cannot be cleaned with rubbing alcohol like most vaporizers. You can use rubbing alcohol to clean the inner ceramic chamber but stick to soap and water for the outside of this vaporizer. With the cleaning brush included in the box though, it’s easy to brush out the chamber in between sessions to keep your vaporizer in prime condition.

Overall, the CFC Lite by Boundless Technology is great for on-the-go users. It can be easily concealed, but still packs quite the punch of vapor. It is also approachable for anyone new to vaping, with just one button to operate it and three pre-set temperatures to switch between. It also comes at an affordable price, which is significantly lower than your average portable dry herb vaporizer. For its size, features, functionality, and price, the CFC Lite portable herb vaporizer is hard to beat. 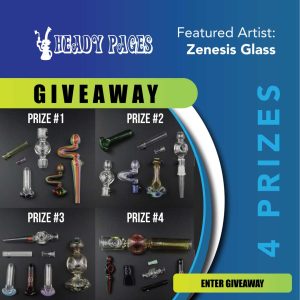