In an era of technological advancements dedicated solely to cannabis, I spend a lot of time (and money) checking out the latest and greatest smoke stuff. Recently, Genius Pipe was put on my radar after learning about their one of a kind, patented design. Check out the full review below.

Genius Pipe: What to know

You read the title right, folks. Genius is one of a kind, designing their pipes with technologies discovered by NASA. The company was born from somewhat humble beginnings out in Highland Heights, Ohio with the sole purpose of allowing users to enjoy their pipes and favorite herbs without coughing up a storm.

They accomplished that by creating a pipe that features a patented dimple design that creates micro vortices to cool smoke and trap tar and resin. The dimple tech was patented by NASA decades ago and is now being used to filter the smoke at such a high level it can be compared to the filtration capabilities of a water pipe.

Discreet with a noticeable cool factor

Genius Pipes are very sleek and impressive. They really do look like a pipe from the future and are made to be extremely durable using aircraft-grade aluminum. It utilizes a magnetic slide so it’s easy to break apart and clean, and can be decorated in tons of different colors and designs.

But all that aside, lets get to the meat and potatoes. Genius Pipes are small enough to fit into a purse or a pocket, and come with bowl storage so you can take a good amount of bud with you wherever you go. As for the tech, Genius markets themselves by saying their popes offer a cough-free hit and extreme cooling comparable to a water pipe — that’s where those NASA dimples come in. 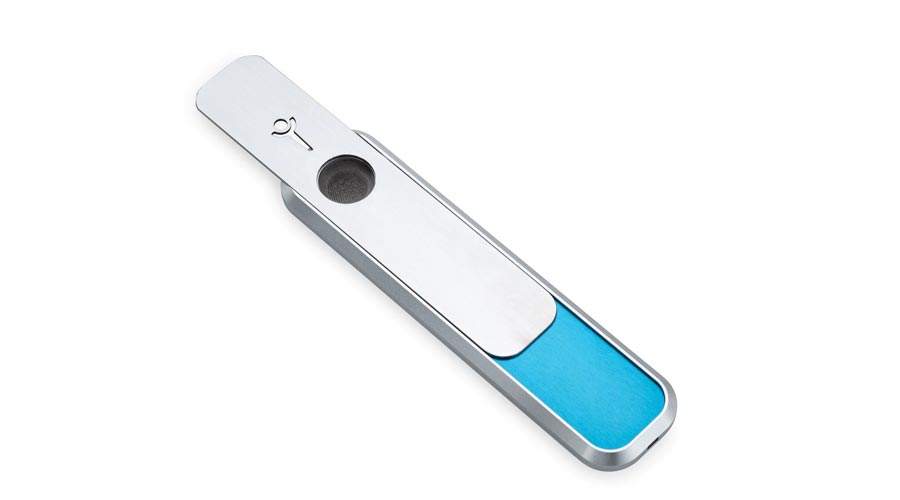 The dimples cool smoke from combustion down to room temperature before it hits your mouth, which is great. Hitting a harsh bowl is a really unpleasant experience. However, those dimples also catch leftover resins so you get a smoother hit that doesn’t blast a bunch of particulates into your lungs. From personal experience, it works like they advertise it. Obviously if you rip the thing, it’ll make you cough. But it’s definitely a much smoother experience than a traditional hand pipe.

There’s a lot to love about Genius Pipes. They’re becoming readily available all over the world since they’re virtually indestructible and have that cool space-age tech under the hood. When I got mine, all I did was give it a quick rinse with water. Once it dried I slid it open and packed a bowl and hit it through the cover. That in of itself looked really cool compared to a standard spoon pipe or something, but more importantly, it cools smoke much better than those ever could.

I really like how economical Genius Pipes are, too. You can get 10 or so big hits out of it before cashing it, and the slide helps keep it all safe and sound in one space. The sleek, sexy design is a huge bonus, but it doesn’t sacrifice function in the slightest. The thing pulls great and is very easy to use and clean. The only minor discrepancy I have with it is the price tag. It’ll run you about $90, which is a little bit steep considering the average spoon pipe is like $15. While it does taste cooler and smoother than a standard pipe, you’re really not missing out on a lot in comparison to a regular pipe.

At the end of the day, I’d give it an 8 out of 10. It looks and works as advertised, but it can be a little bulky and on the more expensive side.