We live in a bit of a Renaissance era when it comes to glass to smoke out of. There are world-renowned glassblowers making incredible works of art that just happen to be bongs or bubblers for the discerning cannabis consumer. Want to smoke out of a cube — there’s a bubbler for that. Want to smoke out of your favorite video game character? There’s a bubbler for that, too. Despite the urban legends around drinking bong water, however, it’s not a common (or recommended) practice. That’s why these new “Sip Series” GRAV bubblers are so fun! They’re made to look like very familiar drink containers, from childhood and adulthood, hence the term “Sip Series.”

For the martini set, there are two great looking bubblers available. The perfect duo for a couple who likes to smoke together but out of their own device, although they are sold separately. One looks like a classic shaker, and if you are so inclined you can easily put a bunch of ice inside, just like a real shaker. It’s just over seven inches tall, and has a fixed-fission downstem. It feels great in the hand, just like a real shaker. 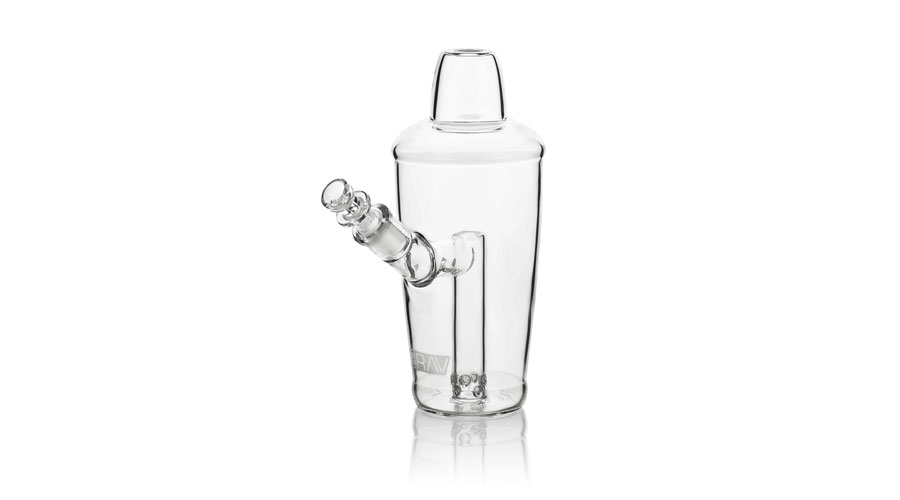 The Martini Glass, however, is almost an art piece. The “glass” shape is actually inside a larger shape to protect the delicate nature of the glass’s handle (normally called a stem in glassware, but not to get confused with the stem of a bubbler, used for inhaling). And that stem is actually a Swiss-hole percolator, so you’re getting some great filtration that feels good in the hand with its distinctive shape and solid construction. 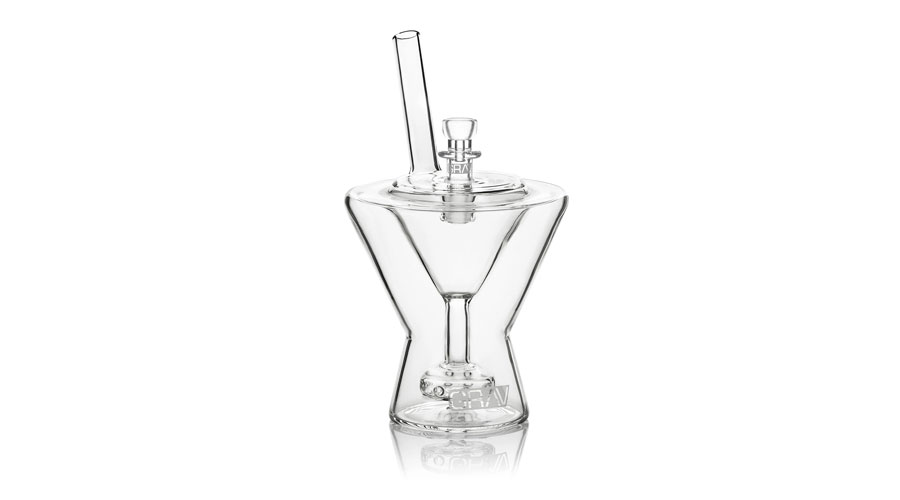 Do you like slush drinks? Most of us probably grew up seeing a cup with a plastic dome on top, holding a bunch of flavored ice. Those slush cups are a perfect design for bubblers, as they offer a large chamber for filtering and a space to watch smoke gather, and a perfect place for the stem where the straw would normally be. This GRAV Slush Cup is a redesigned classic that includes a thick, 14mm straw mouthpiece, slightly angled to reduce splashback. Little details, like a recessed area where the bowl attaches to the cup, add to the beauty and design of this piece. 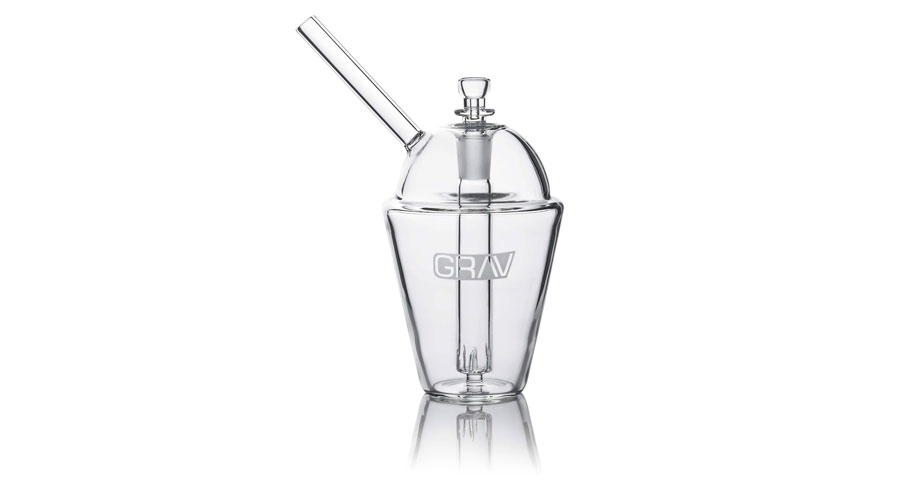 Do you wake up every day with a hot cup of coffee? Like millions of others, the coffee cup is a familiar morning companion. Well, the GRAV Coffee Mug replicates that basic look, but with some clever design alterations. The bowl attaches at the top, and then meanders through what would be a coffee cup’s handle, which serves as a percolator in this bubbler. While the mug is close to normal size, the straw mouthpiece rises up a bit, making this bubbler stand at about seven inches. 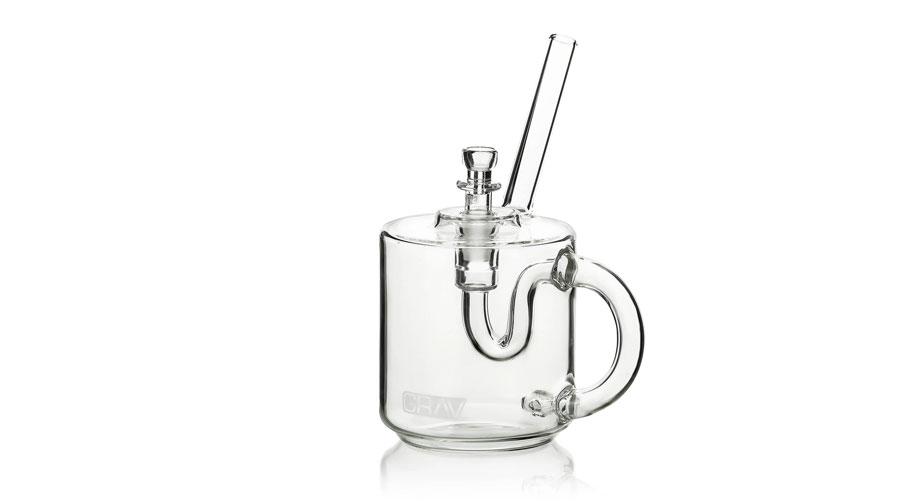 And then there’s the school cafeteria milk carton. The GRAV Milk Carton isn’t fancy, but looks really cool with a square shape and wrinkles just like a real paper carton that has been unfolded for drinking. The milk carton doesn’t have fancy percolation, but instead has a large interior chamber that can fill up with milky smoke — and lots of it! The narrow mouthpiece, which looks like a straw, prevents splashback. 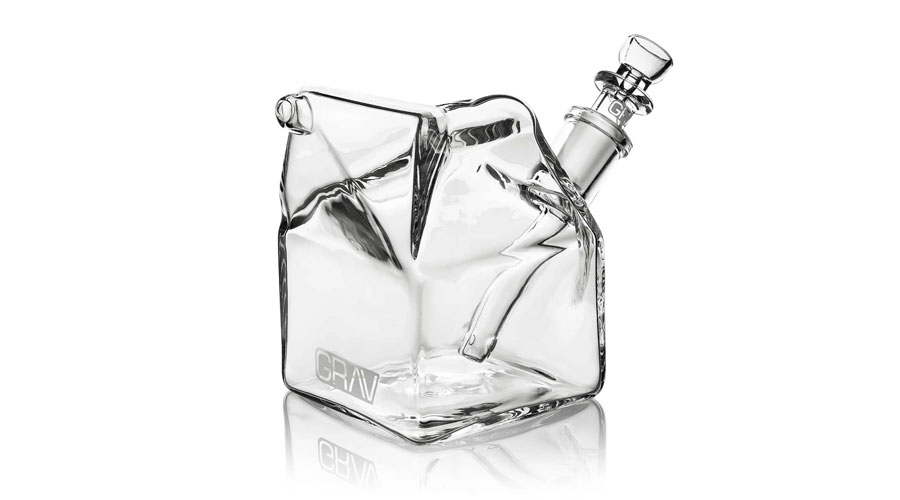 All of these GRAV bubblers are well made, but also look cool and function brilliantly. If you’re in the market for something new and fun, but simple and practical, give them a look.