You’ve probably already heard of KandyPens, and if not then you must be new to the world of vaping. They have been featured on a variety of cannabis connoisseur websites, publications, and social media pages — and for good reason. They’ve also collaborated with a few different cannabis-consuming celebrities, including A$AP ROCKY, Amber Rose, and Young M.A. to name a few.

KandyPens first came out with common portable vaporizers, before expanding to the world of e-rigs. The Oura is KandyPens’ portable e-rig that is beginning to make a name of its own. It was named the Best Portable Dab Rig by both The Vape Critic and GeekSpin, and Heady Pages is on board with that award as well. There are many factors that make this e-rig stand out from the rest of the emerging vape technology. Read on to learn what makes the Oura so special.

How does the Oura work?

When you first approach the Oura it might seem a bit out of the world in comparison to a traditional dab rig. Don’t panic though – it’s actually a lot easier to use than it looks. In fact, making the Oura easy to use was one of KandyPens’ key priorities. They accomplished this in part by including four preset temperatures, haptic feedback, specialized atomizers, and 3000mAh of power in the battery. Now, instead of gathering a dab rig, banger, blow torch and dab tool, you can just grab the Oura and your favorite cannabis concentrate.

Once you have the Oura and some dabs handy, there are just a few steps to take before you’ll be inhaling flavorful vapor. First, fill the bubbler attachment with enough water to cover the intake holes. Next, attach the atomizer to the heating coil. Then just tap your finger on the sensor five times to turn the device on, and twice more to set it into session mode. Choose between one of the preset temperatures, depending on the consistency of the concentrate you are dabbing. You can easily adjust the temperature from session to session too by tapping the sensor three times to select, and twice to preheat. It takes about five seconds for the device to heat to the lowest temperature, but a solid twenty seconds to reach the higher temperature settings. Once the Oura is preheated and ready to go, load some concentrates into the atomizer. Cover the atomizer with the tethered carb cap and simply inhale from the bubbler part of the Oura. 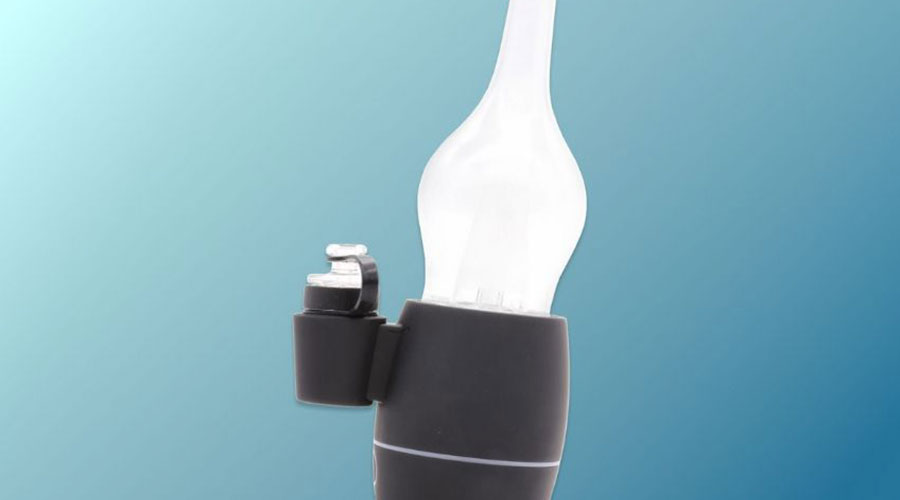 How was it made?

KandyPens put plenty of thought behind the Oura’s design. It was developed and designed in the United States, and each device is literally handmade. The bubbler has a unique bell shape that allows the vapor to be milked easily out of the device. The base is made from a zinc-alloy mix and also has the heating coil attached to the front. That means that the atomizer can be easily removed, loaded, and placed back in position. 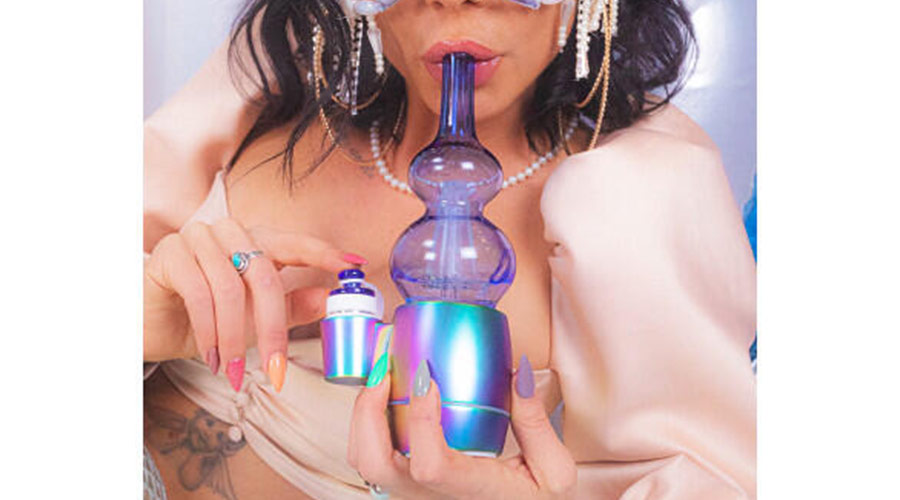 Instead of having a standard power button, the Oura has a touch sensor beneath the heating coil in a natural position for your finger to tap when holding the device in one hand. The LED lighting around the base of the Oura indicates what temperature setting the e-rig is heated to. There is also haptic feedback so that you will know when the Oura is ready to go. Another nice touch is that the carb cap is tethered to the coil, so you won’t have it going missing when you need it the most.

What makes the Oura extra special?

The Oura is basically a dab rig disguised as a portable vaporizer. There are many things that make the Oura special, and we’re happy to name a few specifics. To start, it has four preset temperatures, including 190, 590, 750, and 800 degrees Fahrenheit. This range allows you to heat a variety of dab materials, from shatter to sugar sauce and everything in between. To activate these settings, you just have to touch a smart power sensor instead of fumbling over a button. It can heat to 190 degrees in as few as five seconds, which means you will be enjoying a session in no time at all. After four minutes, the device automatically shuts off as a safety feature and to preserve your dab material and battery. You’ll know exactly when all of this is happening too, thanks to the haptic vibration technology. All of these features are also on par with some of the other e-rigs on the market though. 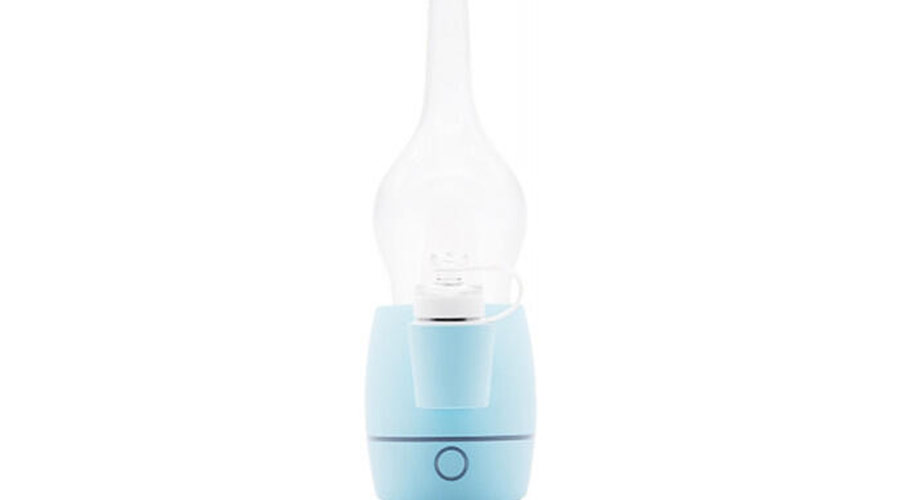 The Oura’s battery is something to brag about. It has pass-through charging capabilities so that your session never has to stop, it just might have to be near an outlet.  It takes just over an hour to charge the device completely.  On a full charge, the Oura has been known to last as many as thirty one-minute sessions on the highest heat setting. You can squeeze even more sessions out though if you prefer to vape on a lower heat setting. However, the vapor production is especially great at the highest setting. Overall you get a number of great features right out of the box when you pick up an Oura.

What’s in the box? 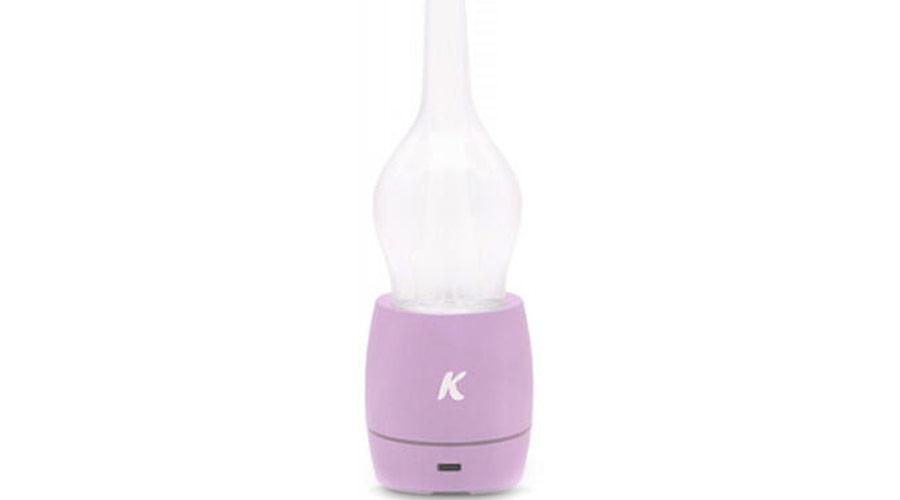 The Oura is a great portable e-rig that is designed with your average dabber in mind. It is easy to use, heats up in less than thirty seconds, and has a nice range of preset temperatures to choose from. If you’re picky about your sessions, you can even change the temperature mid-session. The quartz glass atomizer delivers great flavor with your vapor and the glass bubbler makes it easy to inhale from. This device is low maintenance, easy to clean, and comes in a wide variety of colors to fit with any stoner’s style. Although the price tag of almost $300 might set you back, it’s a worthwhile investment for anyone who likes to dab without the hassle.